It’s nearly 50 years since Ivan Illich’s Deschooling Society was published and it is very well worth a (re)read during this unexpected coronavirus quarantine period. Spoiler: Illich nailed it!

Ivan Illich Quotes: On The Importance of Deschooling Society

Also published in 1971 (they were radical days!) was School is Dead: An Essay on Alternatives in Education, by Everett Reimer, a friend of Illich and fellow proponent of deschooling.

A decade earlier, in The Golden Notebook, Doris Lessing had described schooling as indoctrination to a self-perpetuating regime of thought, which chimes with those of us in the ‘robust and individual’ category who educate ourselves. 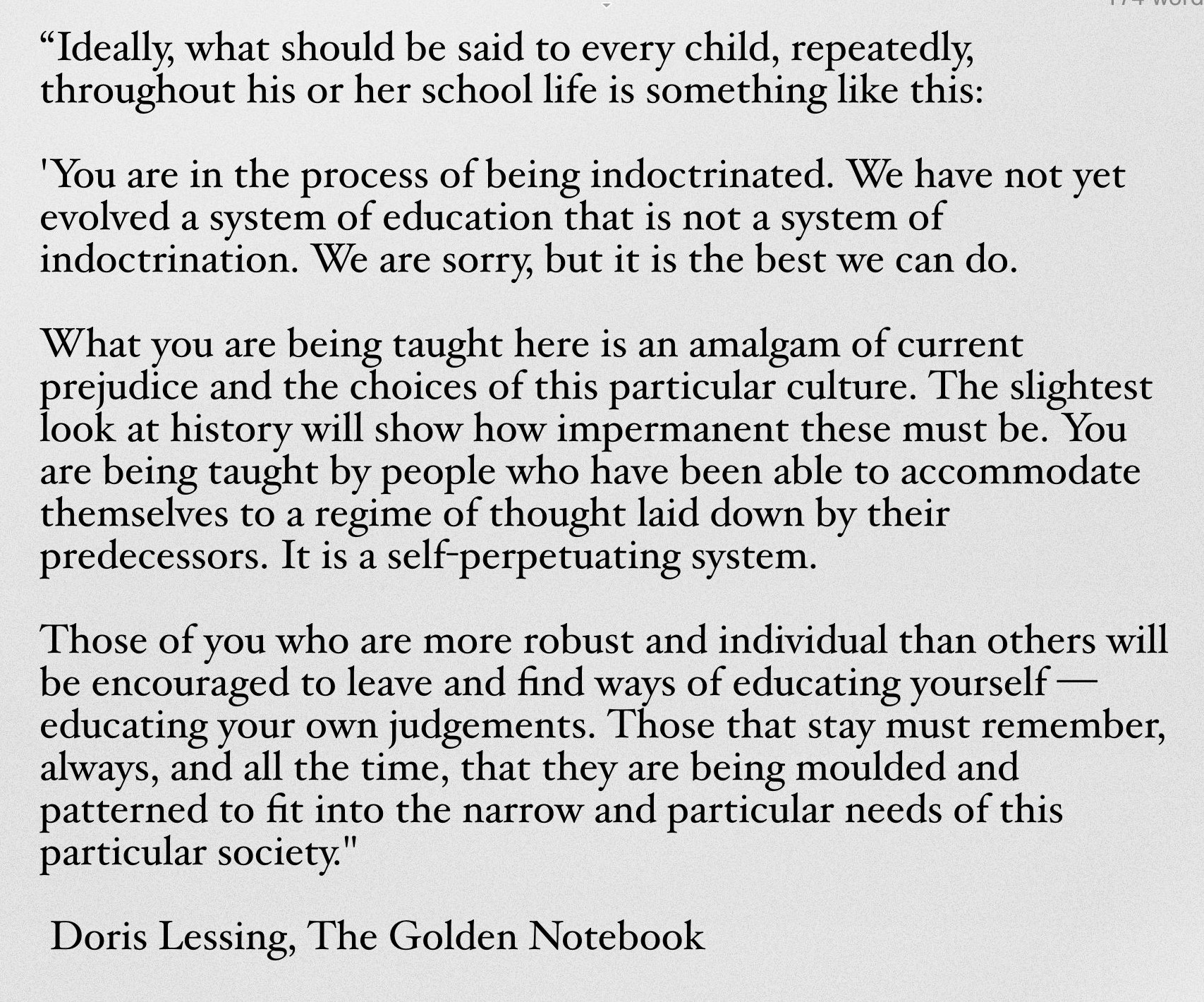 Further recommended reading for those who are nervous about education outside the warehousing model:

For young people as well as their parents, The Teenage Liberation Handbook:How to Quit School and Get a Real Life and Education, by Grace Llewellyn, is free to download here.

Our own home education library includes a dog-eared copy of The school I’d like: Children and young people’s reflections on an education for the 21st century. Full text can be requested here.

In 2001, The Guardian launched a competition called The School I’d Like, in which young people were asked to imagine their ideal school. This vibrant, groundbreaking book presents material drawn from that competition, offering a unique snapshot of perceptions of today’s schools by those who matter most – the pupils.

The book is wonderfully illuminated by children’s essays, stories, poems, pictures and plans. Placing their views in the centre of the debate, it provides an evaluation of the democratic processes involved in teaching and learning by:

This book offers a powerful new perspective on school reform and is essential reading for all those involved in education and childhood studies, including teachers, advisors, policy-makers, academics, and anyone who believes that children’s voices should not be ignored.

Other ‘must-watches’ are Reimagine Learning that Can Change the World and Do Schools Kill Creativity?

During these unprecedented times, let’s all explore new (and old) ideas and enjoy some autonomous learning without the limits imposed by schooling.

@dgwgo blocked @HomeEdScotland trustee after inaccurate terminology used, which we are trying to point out to everyone. Rather than open door for discussion, they blocked! Why? Terminology is so important, particularly when it affects a much discriminated against minority group.