How time flies when you are being persecuted (and prosecuted) by the state for fulfilling your parental duty to educate your children. Jackie Turner’s court case for daring to take her nine-year-old (registered pupil) child on holiday in term time is due to be heard in Hereford on Monday and there is considerable interest from the media, including The One Show which has been following the story and will broadcast the outcome the same evening.

For background information on this story, which is close to home educators’ hearts as Jackie is one of our own “old guard”, please see our previous articles:

Hazel and the lioness
Deregister or be damned

Since we last posted about Jackie’s case, public opinion has galvanised somewhat behind the high profile rule-breakers who are challenging the frankly nonsensical claims on which the government has relied (without a shred of evidence); namely that attendance at school ensures children are suitably educated (cue hollow laughter), and that missing school “even for a day” leads to poor attainment and, in all probabilty,  social exclusion and permanent NEETdom. Step forward all the home educated graduates and successful business owners who are living, working evidence that these state hypotheses are unadulterated drivel (or “pure shite” as we would say in Scotland).

Jon Platt from the Isle of Wight has meanwhile emerged as something of a folk hero among campaigners and parents who have been experiencing the sharp pain of seasonally adjusted holiday costs and the burgeoning school fines industry. He is also a welcome ray of hope for those who are heading to court without legal aid, some of whom, like Jackie, haven’t even been given the opportunity to cough up the standard £60 fine for failing to obey school rules, or occupy the naughty step in suitably remorseful fashion for making an informed parenting decision. As we all know, she could have deregistered her daughter for the period they were out of the country and re-registered her on their return, which would have avoided this unnecessarily distressing and drawn out saga; however, she was actively dissuaded from that particular course of action for reasons known only to the prosecuting authority.

Jon’s landmark court victory came after he refused to pay a £120 fine for taking his six-year-old daughter on holiday for six days during the school term. Returning to the primary education legislation, he successfully argued that his daughter’s attendance, near perfect apart from the short family holiday, was “regular”, as required by the 1996 Education Act. Perversely, the Isle of Wight Council has since seen fit to challenge the judgment at the expense of its hard-pressed taxpayers, while Jon plans to instruct senior counsel (at his own expense) with every expectation of winning. We sincerely hope he succeeds once again, and that the citizens of the Isle of Wight demand an explanation for their council’s actions.

Anyway, thanks to The One Show, Jackie was put in touch with Jon, who has visited her in Hereford to offer his support and encouragement. Here is his account of their meeting and some of his thoughts on her situation (as published on his Facebook page):

So today was a long day…. left home at 7am to drive to Hereford to do an interview with BBCs The One Show. A lovely woman called Jackie is being dragged to court because she took her 9 year old daughter on holiday and The One Show asked if I’d come up and meet her and tell her why the IW Councils attempt to prosecute me was thrown out of court. Im so glad I did despite the fact that its now 8.15pm and im sat waiting for the ferry back to the Isle of Wight after 9 hours of driving in horrible weather and traffic. Jackie’s story is almost unbelievable. She’s a lady of modest means. She picked up the forms to get ‘permission’ to take her daughter on holiday because she found she had a few weeks holiday owed to her ‘between jobs’ (she works with homeless people) and had managed to save up a few quid. This time last year her and her daughter Hazel went on a 3 week backpacking type holiday around Central & Eastern Europe. There was information on the forms provided by the school about ‘possible fines’ but no mention whatsoever about criminal prosecution! Three weeks after returning from holiday, just before Christmas, she got a letter telling her that she needed to attend an interview pursuant to the Police and Criminal Evidence Act because her daughter had ‘failed to attend school regularly’!!! NO FINE…. NO CAUTION… STRAIGHT TO PROSECUTION!! She was advised to bring a solicitor, (that cost her £300) and she’s still, almost a year later, paying that bill by installments. (No Legal Aid). So on Monday her local authority will drag this poor woman (AND HER PARTNER, who wasn’t even on the bloody holiday) to court!! I won’t disclose the awful impact this has all had on this family, its not appropriate, but needless to say it’s awful! So Jackies story, (and dozens of other peoples that I’ve heard over the last few weeks) has made me mad as hell! I was going to represent myself at the High Court but instead, tomorrow Im going to hire the TOP QC in the UK to come to the High Court and argue that this OUTRAGEOUS, MALACIOUS, VINDICTIVE nonsense persecution of parents who take THEIR KIDS on family holidays in term time must stop. If I had time to instruct a barrister for Jackie to attend court on Monday, I would, but she’s a really smart lady so I am confident that she’ll argue her case well before magistrates and we’ll all see her walking from court on Monday with a smile on her face. Watch The One Show Monday night to see her story. (If her case is adjourned it will probably not be broadcast). If Jackie’s story makes you MAD with rage, please like and share the hell out of this…. hopefully the magistrates who will be hearing her case on Monday will see this and realise that this is prosecution of a really nice mum who just wanted to take her daughter on holiday is completely bloody outrageous!

In the light of the Platt judgment, we have the following observations to make on Jackie’s particular situation and the case that has been brought against her.

Given that she forewarned the school of the specific circumstances which applied, yet was refused authorisation for the absence, we believe she could argue both “reasonable justification” and “unavoidable cause” under Section 444, bearing in mind that she was to be out of the country and no suitable arrangements could be made for Hazel during her absence as main carer.

As in the Platt case, Hazel’s attendance has always been “regular” and she suffered no educational detriment from being absent on what was a once in a lifetime opportunity to participate in an international field trip with her parent, which has been documented in an online journal. 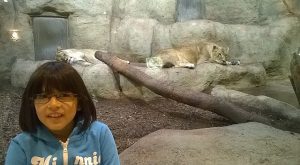 Furthermore, Jackie indicated her willingness to deregister her daughter temporarily from school, as provided for under Section 7,  if permission was not to be granted for the term time absence. It is perfectly legitimate for parents to provide “education otherwise than at school”, and in England, schools are obliged to remove the child’s name from the register upon written notification by the parent. In Jackie’s case, the same Education Legal Officer, who had stated prior to the trip that there was “no expectation to deregister Hazel”, proceeded to initiate legal action on their return, bypassing the option to impose a set fine which Jackie would have been willing to pay.

Jackie has never failed to fulfil her parental responsibilities towards Hazel, and given that she has consistently ensured that her child is educated in accordance with the provisions of the 1996 Education Act, this disproportionate action by Herefordshire Council smacks of victimisation.

Jon Platt has helpfully published useful information for parents on his company website, which cites relevant case law and his own legal arguments (straight from the horse’s mouth as he says they have been misinterpreted in some media reports). We wish him well with the upcoming appeal hearing and sympathise with Isle of Wight taxpayers who are expected to bankroll their nearly bankrupt council’s attack on responsible parenting.

We will post an update on Monday when Jackie’s case is concluded and very much hope her family will finally be freed from the nightmare that has engulfed them for the past year. We fully expect to see her celebrating her victory live on The One Show the same evening; anything short of an absolute discharge by the court will demonstrate beyond all reasonable doubt that the law is a complete ass.

The schoolification of play, still institutionalising children to partake in controlled activities and meet state mandated outcomes. Let them be.

‘Let children play’: the educational message from across Europe 👏👏

'While approaches may differ, the importance of free time to play is increasingly being recognised'.

Entire exam papers are being shared on social networking platform, Discord, where around 70 channels have been set up sharing info on a wide range of subjects