Home »Archive»Hazel and the lioness

Further to our recent post, Deregister or be damned, in which we highlighted the plight of former home educator Jackie Turner, who is being prosecuted for taking her nine-year-old daughter, Hazel, out of school for this three-week backpacking trip, we are pleased to see the mainstream media embracing the story. Support for Jackie’s position has been overwhelming, and her case has become something of a cause célèbre following her appearance yesterday on ITV’s This Morning.  [Also reported in the Daily Mail and the Daily Mirror] 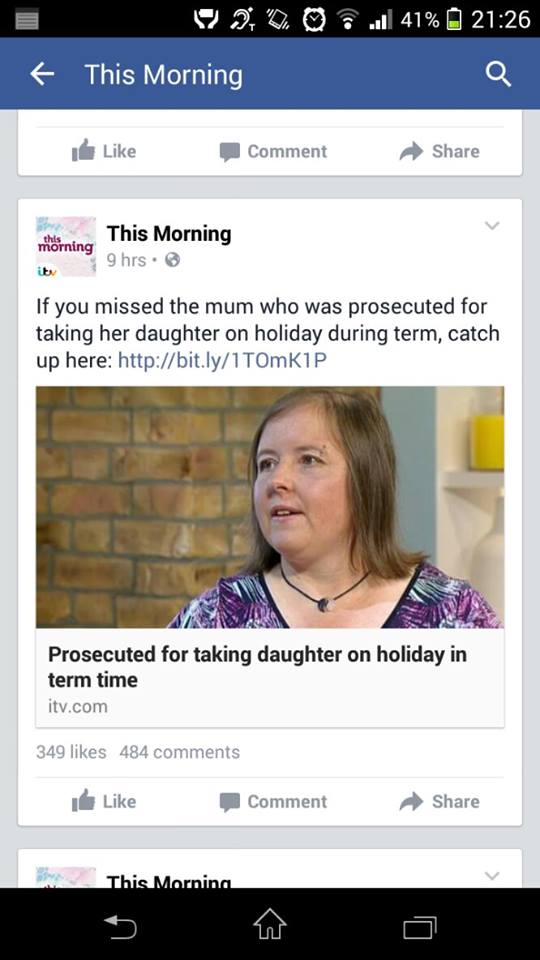 It has certainly been a hot topic for discussion and debate, as can be seen from the multitude of comments left on This Morning‘s Facebook page and using the #TermTimeHolidays Twitter hashtag.

It is also worth reminding the detractors, some of whom evidently just “know that there is more to this story”, that their psychic powers are dangerously faulty. Like this one, whose grasp of the possessive apostrophe is also somewhat tenuous… 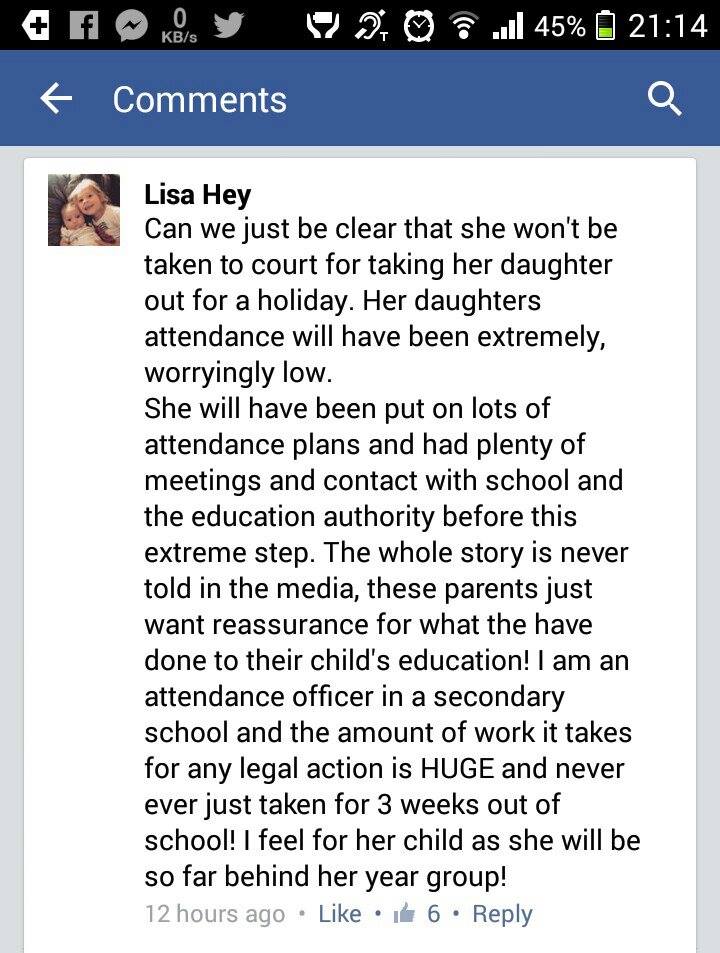 We can attest that there really isn’t any more to this story, since we know Jackie (and details of the case) well. Apart from the trip in question, Hazel attends school regularly and is a bright and able pupil, whose life experiences are already enviably diverse, thanks to her parents, siblings and an extremely wide social circle. As Jackie said on air, the nine-year-old learned more on that three-week trip than she would have done “in a month of Sundays at school”.

Might this mother’s less than enthusiastic view of the benefits (or otherwise) of school – undoubtedly coloured by her extensive experience as a home educating parent – be a contributory factor in the council’s decision to pursue the case against her? Or might there be other prejudices at play? Given that they are invoking rules which were evidently not in place at the time of the ‘offence’ and there is no precedent for such draconian measures where previous attendance and attainment have been satisfactory, the action seems unduly harsh. How would a prison sentence and/or an unaffordable fine benefit this child’s wellbeing or serve her best interests? Let’s just call them power trippers and bullies, for that is what they are.

Jackie has always been clear that she was prepared to accept the standard ‘fine’ for failing to obtain advance authorisation from the school – something that was impossible in the specific circumstances of this case, where she had an unexpected ‘window’ between jobs in which to provide daughter Hazel with a unique educational opportunity. Since she lives in England [different regulations apply in Scotland], she could have deregistered Hazel from school temporarily without advance notice (which would have rendered her immune from prosecution under the Pupil Registration Regulations), but she accepted the council’s assurances that such a step would be unnecessary in the circumstances. How wrong she was to believe a local authority (and as a former home educator, she should have known that!), but hindsight isn’t going to help her now.

The Jackie Turner we know, love and respect is an intelligent, diligent, caring parent, whose three older (formerly home educated) children are all doing well and she and her partner work hard to provide for Hazel’s best interests. They are a well-travelled family, having lived in India for several years, where Jackie helped directly with relief efforts in the wake of the 2004 tsunami. She was also an active member of the home education community when she lived in Scotland and has never been afraid of following her conscience or swimming against the tide if necessary. She does not deserve to be victimised in this way and we are right behind her.

What a pity the articulate young Hazel couldn’t have joined her mum on the sofa to talk to Philip and Amanda about the benefits of her trip; but she would, of course, have been at school, missing out on another great opportunity!

How you can help