Home »Articles»Sad news of the passing of John Taylor Gatto

John Taylor Gatto died on 25 October 2018, aged 82. It was a privilege to know him and to have hosted him during his visit to Scotland in 2008 (pictured here with Robin Harper MSP when the Scottish Green Party still believed in freedom in education). 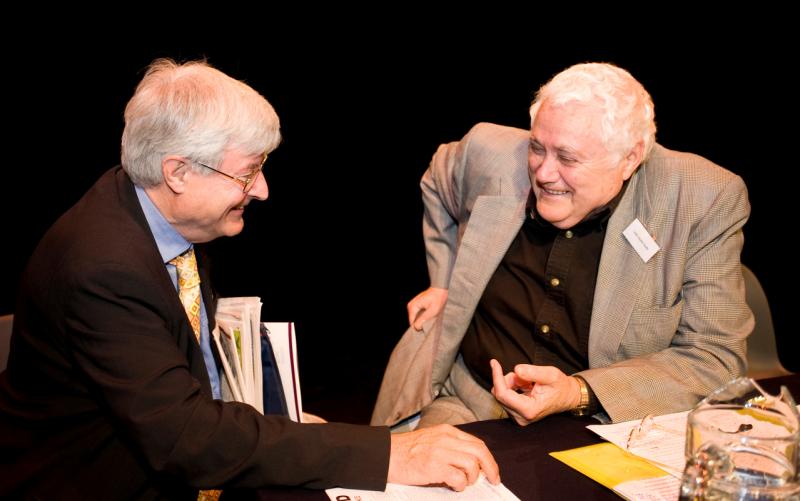 Jerry Mintz from AERO confirmed the sad news this weekend:

John Taylor Gatto´s heroic life has ended. He was a dedicated public school teacher who thought big. He was named New York City and New York State Teacher of the Year.

I first heard from him in the early 1990’s when he contacted me about an alternative education presentation he was planning. He had come to realize how broken and ineffective the education system was, especially for the inner city, mostly minority children he taught. So he decided to rent Carnegie Hall to tell people about this and present to them some of the alternatives! Talk about thinking big! He asked me to put him in touch with people in alternative education who should be speakers at the Carnegie Hall event, which I did. Thousands of people came. Eventually he traveled all around the world with his message. He wrote many powerful books. He became a strong proponent of getting out of the system if necessary and homeschooling.

Perhaps the last chapter was the most heroic. He suffered a terrible stroke in 2011 that left him paralyzed on his left side. He could no longer walk. But he eventually learned how to use the computer and continued to write books and essays. Among other things he put out a revised version of his “Underground History of American Education”.

At the AERO conference in 2017 I had the honor of reading a keynote John wrote for the conference. He was continuing to work for this cause. We have lost John Gatto. But he certainly didn´t “go gentle into that good night.” You can see two of his incredible keynotes at AERO Conferences on our Vimeo “Weapons of Mass Instruction” and you can see his Wikipedia page here.

John Taylor Gatto energised a whole new generation of home educators when he took Scotland by storm as the keynote speaker at the Learning Without Limits conference in Arbroath to celebrate Freedom in Education Day 2008. 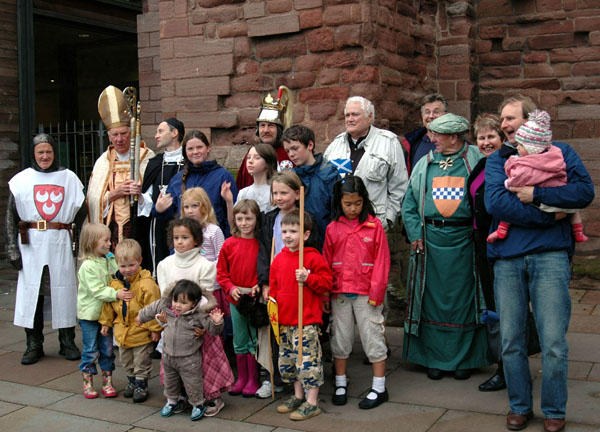 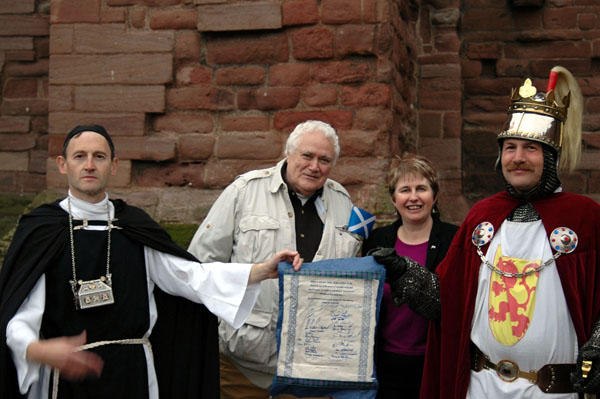 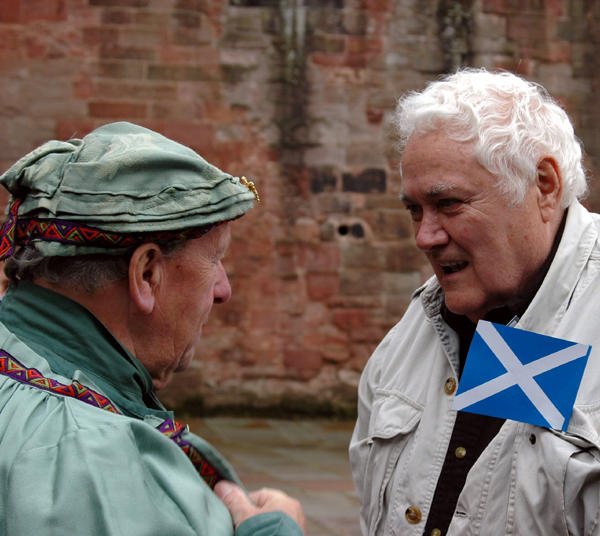 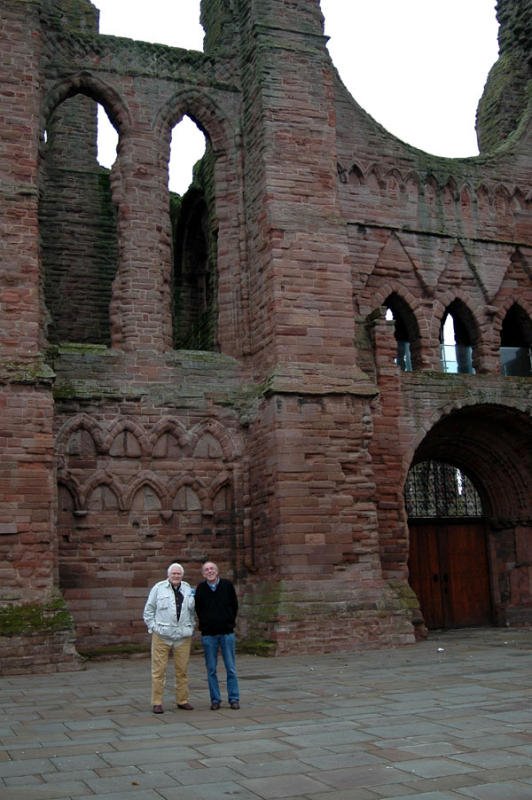 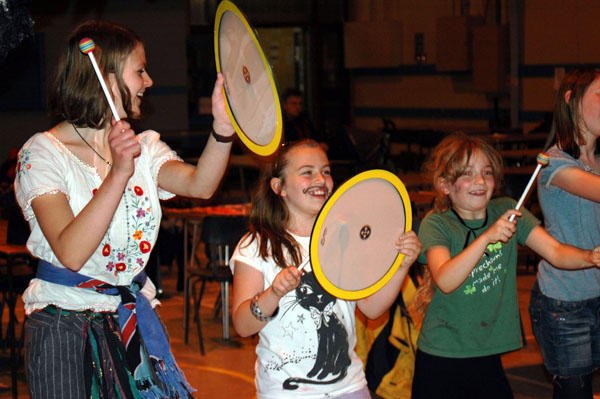 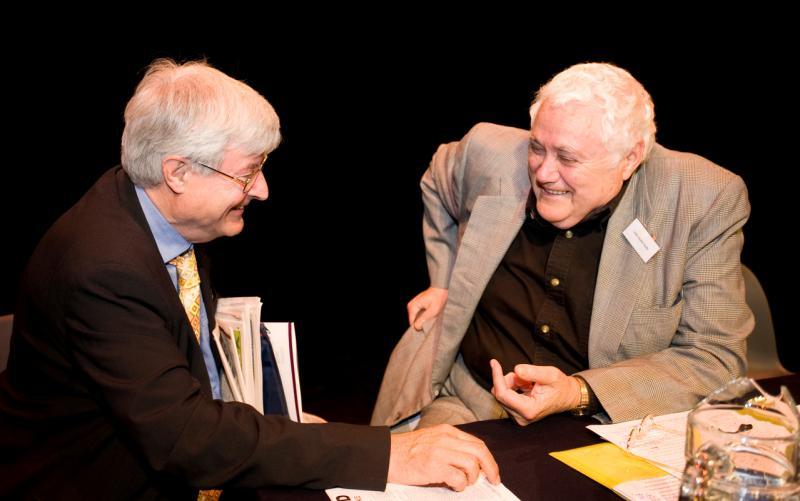 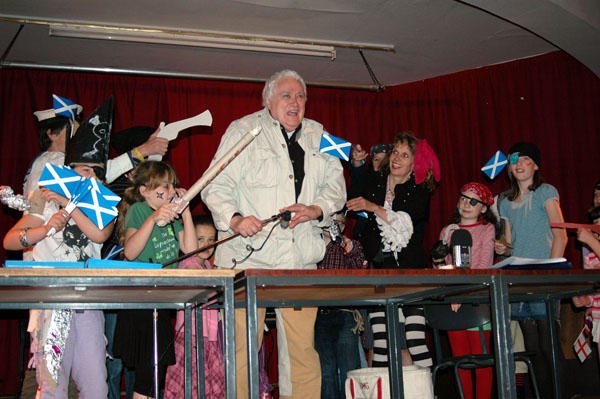 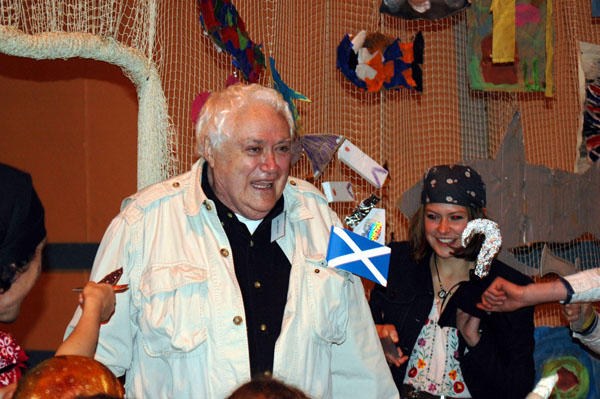 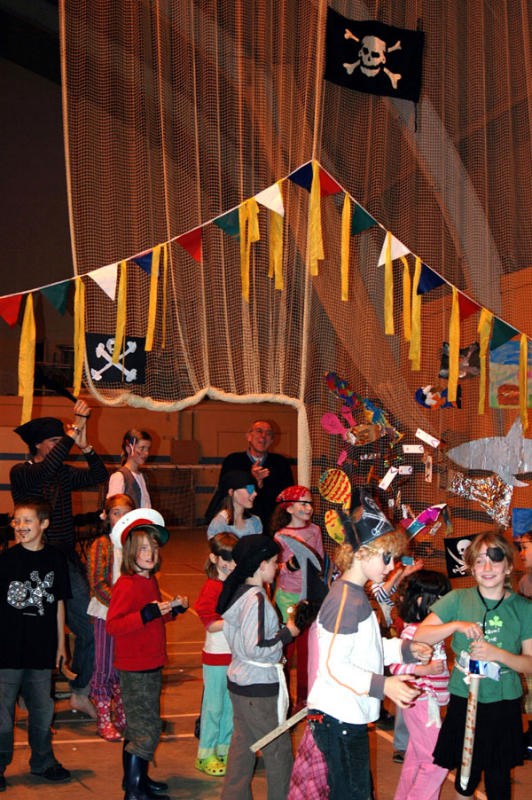 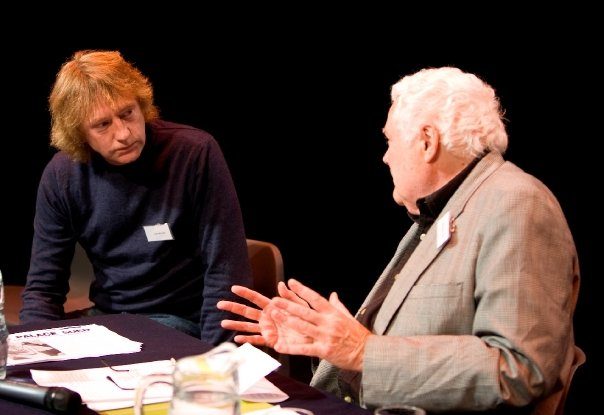 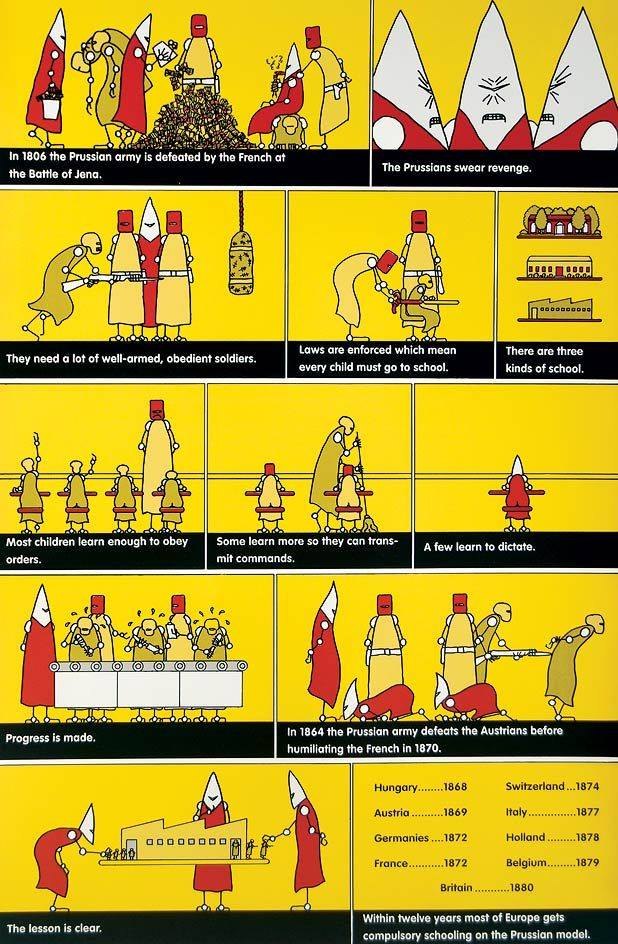 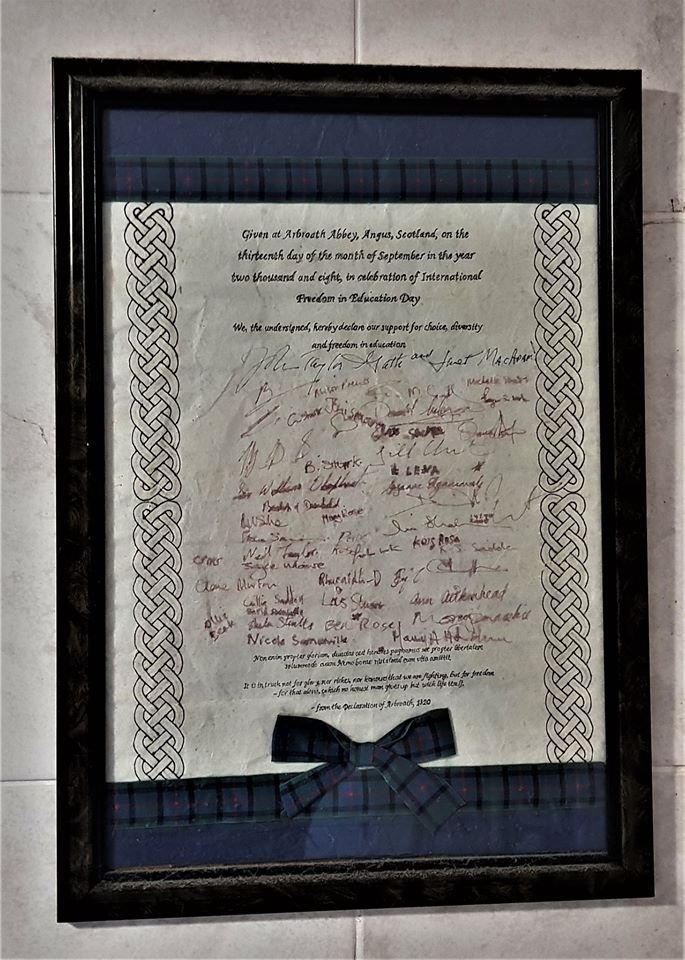 He signed our Declaration of Freedom in Education at the famous Abbey (also on behalf of his wife Janet who has Scots ancestry)  and was very taken by the pageantry. He was also personally thrilled to visit his family archive in Inverbervie and very much enjoyed his visit to the Ramsay Arms in Fettercairn. We sent him home with a bottle of the local malt.

John sent us this postcard on his return to New York, endorsing our home education forum. We’ll certainly be raising a glass of Old Fettercairn malt in his memory to the ongoing fight for freedom in education. 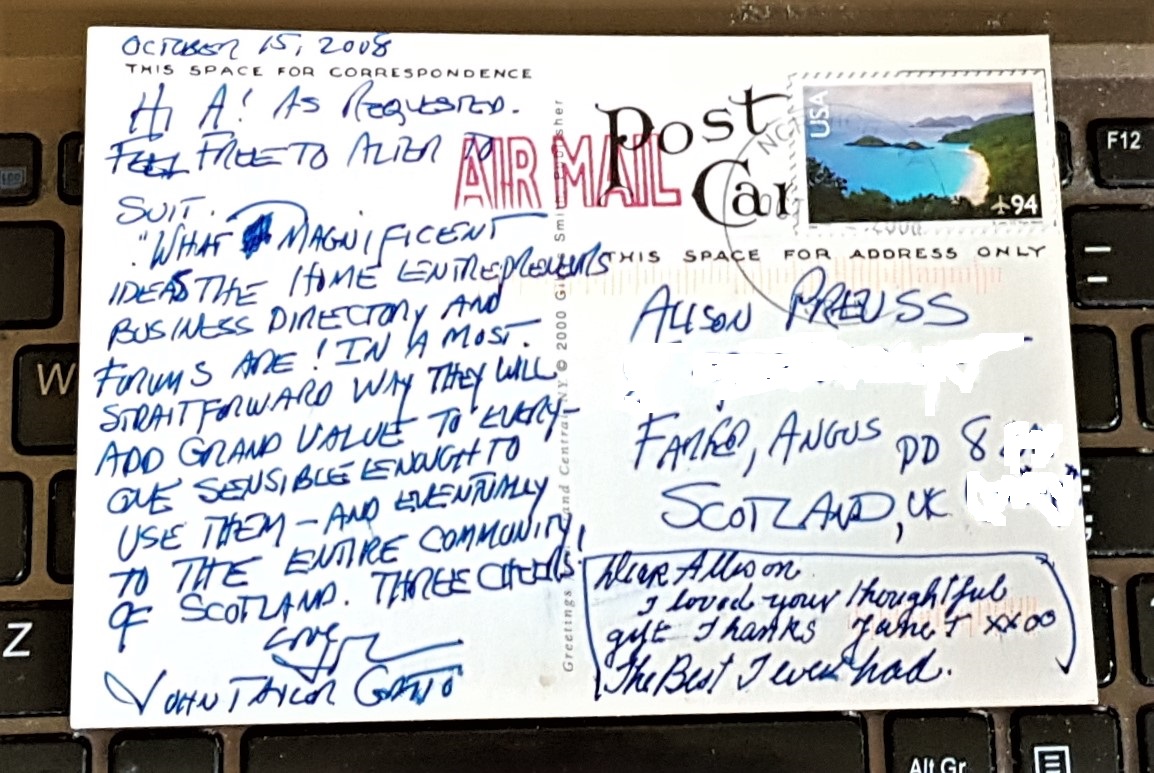 ...Our concern is whether the legislation actually addresses the issues first raised by Ofsted in its 2002 report particularly in relation to good behaviour and discipline, and sharper accountability."