Home »Campaigns»Minister left floundering at the deep end over GIRFEC

Following the sensational own goal at Hampden the other week by Aileen’s Army of GIRFEC apologists, another ministerial event at Govanhill Baths in Glasgow hasn’t gone according to plan, as Alex Neil found himself floundering at the deep end in the face of criticism of the Named Person data stealing scheme by parents and teachers alike.

The Evening Times has reported in its article, Named person scheme under attack at ministerial event, that

Former teachers attacked plans plans to appoint a named person for every child during a ministerial event in Glasgow.

The event, held in the disused Govanhill Baths yesterday, was tabled as a discussion rather than a Q&A but turned heated as the government’s named person scheme became the focus.

We believe that this sort of inaccurate reporting should always be challenged as GIRFEC is not a “child protection measure” at all, as is persistently misstated. For those who are slow to  catch on, the clue is in the word ‘EVERY’. To deliberately misrepresent a mass data mining scheme for the sole purpose of fooling the public is not only deceitful on the part of the government, but is also downright dangerous for those children who are in need of protection, i.e. at risk of significant harm. Child protection is a deadly serious business, as any experienced social worker will tell you. GIRFEC, on the other hand, is a universal surveillance (snooping) scheme.

Furthermore, the ‘piloting’ (i.e. the unlawful rolling out) of this universal citizen surveillance scheme is already causing untold damage and distress to families, some of whom are having their legitimate parenting choices undermined and/or twisted into risk factors by state agents. Health visitors are now experts on education (they especially don’t like home education because <insert prejudiced old chestnut opinion of your choice>), while teachers now know best about health issues (having trawled entire families’ medical records to make their tick box diagnoses and recommendations for intervention).

Hackers love GIRFEC, of course, as it has been dubbed ‘the new paedophile information exchange’, what with all that sensitive personal data swishing around an inherently insecure system. (Something that has been admitted by an insider, whom we can’t name for data protection reasons!)

One retired teacher accused the government of “sending spies into people’s homes.”

She said: “We should be giving teachers less work and not more.

“I can’t see how Scotland can get fairer when we have go this level of state interference in the family.”

Now that she has retired, she’ll have been replaced by a CfE programmed robot, whose first duty is to steal data and dumb down children to ensure maximum malleability as human capital.

Frances Burnistoun, a retired teacher from Woodside, said: “Parents put their children into the hands of teachers but I feel this goes beyond…

“Who is going to decide what is acceptable. People are going to feel that this is an intrusion.”

The state has already decided what is ‘right’ and ‘acceptable’, Frances. Teachers are all expected to worship the Cult of SHANARRI, tick boxes and play games with triangles, wheels and children’s minds.

However, another mother said the scheme would have helped her cope with her daughter.

She said: “When my daughter was young she was a very troubled girl and I got bounced about all the different agencies.

“I think the named person scheme might be a solution to some of that.

“I wouldn’t have found it invasive.”

She is rather missing the point: There is no opt out!!! A voluntary, consent-based scheme would be acceptable, like health visitors and schools still are (allegedly). The selective Highland pilot that was said to be ‘successful’ was made up of parents in similar situations, who had been banging their heads off walls trying to secure support for their children’s additional needs and had been serially fobbed off. Sadly, such parents are still being fobbed off and those who disagree with the professionals’ prescription are likely to suffer dire consequences of non compliance. Like Donna Mackie or Oli Smith.

Mr Neil said the government was taking concerns about the scheme on board.

No, his government lackeys and vested interest cheerleaders (whose future funding depends on forelock tugging) are simply repeating unsubstantiated soundbites.

He said: “Their main issue is where a child has ended up in a bad situation, all the agencies are involved but they don’t talk to each other.

Go on, Alex, why not mention Danielle Reid? Thought not. Once the poster child for the  GIRFEC pilot in Highland, Danielle’s murder was used as a convenient, emotive vehicle to sell the citizen surveillance scheme that was already in the pipeline courtesy of Tony Blair. She was quietly dropped when it was pointed out that the dates didn’t add up and that the tragedy was yet another example of multi-agency failure as there had been no shortage of child protection referrals from professionals and family members. Victoria Climbie’s murder was used in exactly the same way to shoe in Every Child Matters and ContactPoint  in England. Fortunately, ARCH and others were on the case, and ContactPoint was scrapped (although, like Arnie, it’ll be back without constant vigilance). Meanwhile, the Scottish Government has continued to use its citizens as the lab rats of Europe.

“The point of the named person scheme is to make sure that doesn’t happen. All the agencies are talking to each other and identifying if there is a problem.

No, the scheme is designed to steal data, so that interventions can be applied to any citizens who don’t follow the SHANARRI state highway to their state dictated wellbehaving outcomes. It’s a bit like credit scoring the worth (to the economy) of every human being, aka ‘fluffy eugenics’. You can either look forward to compulsory parenting classes, run by useful idiots, to ensure you are on the ‘right’ path (as defined by the state), or you will have all ‘benefits’ withdrawn if you don’t offer a sufficient return on investment (think welfare reform). The lottery you will be automatically entered into will no longer be based on your postcode but on your citizen wellbehaving credit score.

“The named person scheme has been tried in a number of different areas and has worked effectively.”

Another whopper, unless Alex’s definition of ‘effective’ includes the devastating consequences of state snooping, data rape, tick box tyranny, bullying, harassment, victimisation and malicious referrals of families who do not share his blind faith in the Cult of SHANARRI.

Mr Neil said: “Nicola Sturgeon has made the creation of a fairer Scotland absolutely a top priority for the Scottish Government.

What a shame his government’s priority is social engineering, rather than structural repairs, when it comes to addressing problems like poverty, unemployment and inadequate housing that are the result of serial social policy failures by successive governments. GIRFEC, like welfare reform, is designed to shift blame on to the victims, rather than dealing with overarching problems.

“One of the things we need to do is to make sure that every child has the same opportunity to go to university, if they choose to.

Debt accumulation is to be encouraged for all? Beware the Greeks!

“The biggest issue for us is changes to social security.

So the ‘solution’ is to force a state snooper on every child, not forgetting all those younger voters who may need help and support to decide how they should vote? There’s apparently a bottomless pit of money slushing around government coffers (courtesy of hard working taxpayers) when it comes to keeping people stupid.

Some of the powers are going to be transferred to the Scottish parliament – such as disability benefit and bereavement allowance and we need to decide how we can make this better.

Alex is from the government and he’s here to help! He’s actually thinking of the data and how much more can be flogged off to ‘partners’. Has anyone registered a death recently? If not, be prepared to experience at first hand some truly invasive questioning by the box tickers. They get irritated when you say you don’t know the answers as blank boxes have no datable value.

Too big to think about really, so let’s spend all ‘our’ money on sponsoring the Snooperati rather than services  that people actually need and want. It’s all about the data, data, data.

“Community involvement is a great way to make sure communities get what they need.”

How very Enabling (Disabling) State! Individuals’ and communities’ needs have already been decided by the government and, as with GIRFEC / Curriculum for Excellence / compulsory Namd Person scheme, no dissent is permitted. Inverclyde is already well ahead of the game. 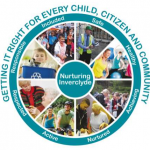