The Myles Bradbury case brings into sharp focus the inherent dangers of the universal Scottish Named Person scheme, which promotes professional power-over access to every child and facilitates the gathering and sharing of every child’s (and every associated adult’s) sensitive personal data among a large number of other professionals without informed consent. As was contended in the recent judicial review, this flies in the face of Article 8 of the ECHR and is in blatant breach of the ‘consent’ and ‘necessity’ tests in both the UK Data Protection Act and EU Directives.

Since publishing some anonymised case studies to demonstrate the dangers of unfettered data sharing by GIRFEC apologists and the SHANARRI faithful, we have been contacted by a number of other parents who report being “hounded”, “harassed” and even “threatened with further action” if they do not “fully co-operate”’ with intrusive professionals.  Not fully co-operating apparently includes exercising the right to withhold or withdraw consent for data processing and even making a statutory subject access request! Perhaps Aileen Campbell needs to revisit the definition of “voluntary engagement” and consider Gordon Brewer’s comments (“Isn’t there something a bit East German about this?”) in the light of these reported routine forced interventions by what amounts to a Scottish Stasi.

One frightened family is currently at the collective mercy of up to 20 different professionals who regularly meet to report on their latest “life events” –  having already scrutinised and shared the health and social work histories of each and every family member – despite the “issue of concern” (which was originally self referred) relating solely to a child with additional support needs.  Hardly the signposting service it has been claimed when it has been made clear that there is no choice in the matter for these parents while an army of professionals produce reports subjectively detailing and assessing every aspect of the family’s private life. They only ever asked for a bit of assistance with speech therapy, but are now fighting to retain any vestige of privacy and just want to be left alone. If they ever extricate themselves from the tick box tyranny to which they have been subjected, they have resolved to avoid all public services in the future.

The fact that Myles Bradbury was one such ‘caring’ professional is not lost on families. As one Facebook follower commented:

“A perfect example why the named person is a danger to our children. Can anyone imagine anything worse than this animal having access to all our private and confidential info and a legal right over our kids . Doesn’t bear thinking about.”

And judging by the inquiries that are currently being conducted into historical institutional child abuse and cover-ups, this case is no doubt the tip of a very large iceberg of professional abuse, some of which has been mapped here. 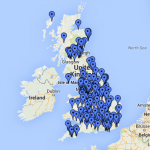 Some parents are already leaving for Ireland to pre-empt compulsory measures by professionals in Scotland and across the UK, and John Hemming MP this week used parliamentary privilege to highlight the case of one young Scottish family who have fled there for the second time following allegedly “vindictive proceedings” by Fife Council.

Meanwhile, in Dundee, the Serious Crime Division was tasked in September with reviewing allegations relating to Kingspark special school, but only after parents fought tooth and nail for an investigation into their complaints going back several years. As reported in the Courier:

“Police Scotland Chief Constable Sir Stephen House has referred several cases of alleged ill-treatment of disabled children dating back to 2010, and how the police handled the claims, to the specialist unit.

The allegations, which were previously reported by parents and investigated by the then Tayside Police, are that their children were returning home with unexplained injuries.”

Of course most professionals do an excellent job and we recognise that they also have a role in assisting those parents who seek their support to ensure the best possible care for children – but how might we identify the small minority who may become a danger to our children and/or compromise their wellbeing in the future?

Should there be a compulsory Named Parent for every professional with a remit to detect pre-crime by gathering every bit of sensitive personal data on each and every one of them for sharing with the parents of every child they may come into contact with? What’s good for the professional goose must surely be equally good for the parental gander, after all – or would professionals consider such a scheme to be a breach of their human rights?